How did the world’s favorite building blocks get created? : Featuring Legos 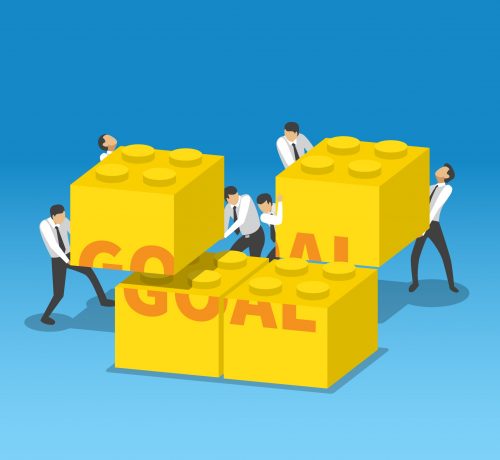 This is the product discovery story of the world’s favorite building blocks game for a couple of decades. This creation which is dear to so many children and adults alike began in a small Danish wooden carpentry house in the approaching fall of the 19th century. Ole Kirk Christiansen, an ordinary businessman who owned the shop, made his business with his woodworks, fixing people’s houses and furniture. An unfortunate fire caused the shop to close down and hence Ole had to start from scratch again. Even with this new start, he suffered a fatal personal loss when his wife succumbed to illness. With four children to look after and business still lagging behind, he simply made miniature versions of his products and let his children play with them. These new toys were fabulous but still, they failed to keep the four young boys captivated for the entire day. Then Ole made wooden bricks that could be fitted with one another to build something new and this was adored by his children. Seeing this, sparked something in Ole and he went on to work on more and more of such toys. Shortly after, he had made 200 such toy sets and thought only of expansion. As the toys gained popularity, the firm decided to go on full commercial expansion. Ole conducted a contest in his firm to name these toys, promising the winner, a bottle of home-made wine. Happily enough, he himself won it as the company got its name from a Danish phrase ‘Leg Godt’ meaning ‘Play Well’. It was shortened to the name we now know and love, Lego!

The company, even with rising popularity had to see another failure due to a warehouse fire. Yet, the toy block company did not falter and then, Ole started making them in plastic as opposed to wood, also adding colors and more complexity. It was now that his third son who had long begun working for Ole started to take a more active role within the company. Even with some more difficulties in the business including a fire, the wooden line was abandoned and the plastic line took the full contribution of the business. Today the Lego Company is one of the top valued firms and shows a curious and quite an amazing product discovery case.

Would you like to do a product discovery which gives you this kind of value? To get more guidance, be sure you check out iEnabler.

Web: Drop us a message to hack success with our Innovation Sherpas

About the Author: Sridhar DP